Every once in a great while, you’ll stick a perfectly-fitting flat head screwdriver down into a carburetor’s pilot jet tower, and, when you go to twist it, half of the pilot jet will break off.

It happens to the best of us. Here it is still inside the carburetor: 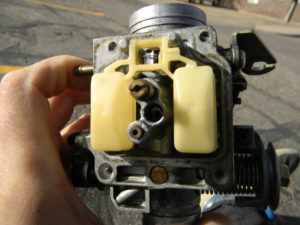 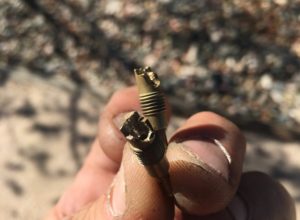 The pilot jet is inside that dark hole in the middle. Look close, and you’ll see it’s broken in such a way that we can’t get our screwdriver on it anymore.

The best way I’ve found to approach this problem is with a set of “EZ-out” style extractors and a cordless drill: 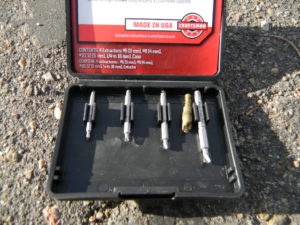 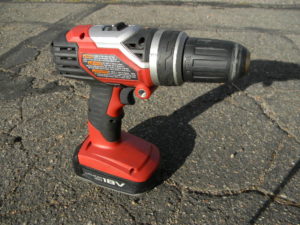 The extractors I bought came from Sears, made by Craftsman probably in China, and had the word “micro” on the front of the package. “Micro” means small, and pilot jets are small. They work fine. I’ve found the third largest size works best for extracting pilot jets. That said it’s always a good idea to check the fitment of your tools using your hands and eyeballs before you apply a lot of force with them.

The extractors are double sided. One side’s for drilling, the other side is for extracting: 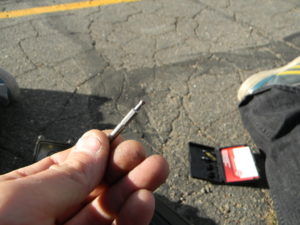 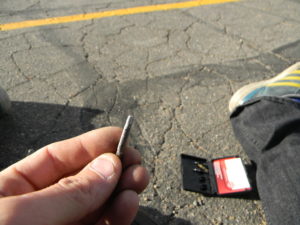 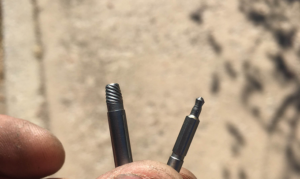 Start by drilling a hole in what you’re extracting that’s deep enough to allow the extracting side to “bite” into the part and spin it out.

The drilling side works when spun in a clockwise direction.

You’ll want to hold the carburetor firmly when drilling and extracting. If you don’t think you can do that well with your non-dominant hand, find a buddy to help you or secure the carburetor in some other way.

If you get lucky, this is what you’ll get: 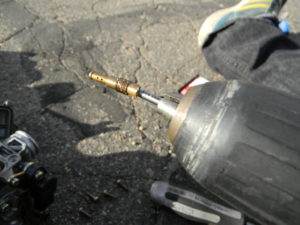 A freshly extracted pilot jet! Now you can either cut a new slot in it (and risk having it break again the next time you try to remove it) or you can throw it in the trash and get yourself another pilot jet.

Posted in Tips and Tricks 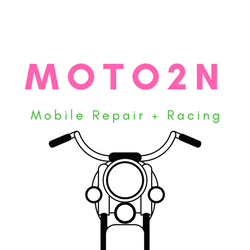 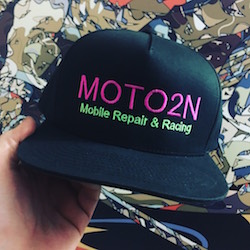